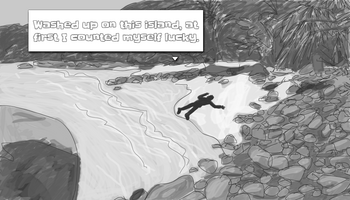 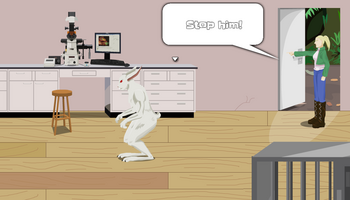 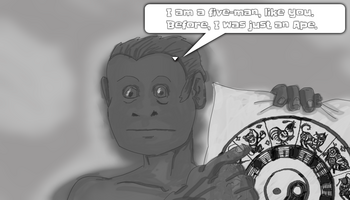 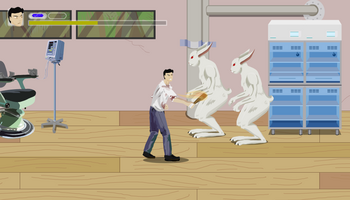 The feedback received from the judges in the CFN Game Jam has been invaluable in tweaking Moreau, my entry for the jam. It has also proven one thing, unequivocally: 3rd party play-testing is essential, even in a game jam.

I've spent the past few days making improvements to Moreau, and can't wait to unleash the new version onto the world. That can only reasonably occur once the judging period for the CFN Game Jam is up, so in the meantime, I'll be getting friends to play test the new version privately.

This has been my 2nd game jam, the first being the Meta Game Jam, which concluded only a week or so before the CFN one started. I've worked with a small team in both jams, but ended up doing more work myself than initially intended in each case. All sorts of issues can arise even within the short timespan of a game jam, such as conflicting deadlines and health problems. Those have been the main problems in the teams I've worked with, in any case.

The engine I've been using, RPG Maker MV, has also been a source of problems, while at the same time being a blessing in many respects. On one hand, its inbuilt z-order handling, player character movement, controller support, etc. are a great time-saver. At the same time however, if you want to really customise a project, and especially if you are looking to make anything other than an RPG, that built-in functionality presents a challenge, and requires a lot of effort, and a handful of plugins, to counteract in many instances. Learning to make relatively simple things work in RPG Maker often equates to learning how to beat its default behaviours and idiosyncrasies into submission.

As with any programming/gamedev challenge though, therein also lies what makes it rewarding and enjoyable.

Finally, a word on game jams. I was not aware until this one that there's an expectation implied in any game jam that entrants submit a complete game. Certainly, that's what I sought to achieve, and indeed managed, in the Meta Game Jam. This time around though, I wanted to make a game in which I would see future potential for further development and eventual release. I'd hoped to produce a completed game, of course, but didn't want to compromise by creating something overly simple.  I recognise now though, that game jams are best attempted with a simple game concept in mind, something specific only to the game jam as an exercise in and of itself.